The weather is changing and with that, I'm finally experiencing my first "real" autumn. I say "real" because where I grew up, and where I've most recently lived, the weather doesn't change much, and unless I missed something, cacti and palm trees don't turn shades of burnt orange and cinnamon.

My family moved from California to Arizona when I was about 8, and though there was a noticeable change in the seasons there, I was too young to remember. Unfortunately, the sprawling suburban metropolis that is Mesa, Arizona didn't offer up anything other than the occasional tree shedding its leaves, but for the most part, palo-verdes and saguaros remained un-phased in autumn.

Three weeks after my 18th birthday, I moved to Hawaii where I stayed for the following 6 years.  For those of you unaware, Hawaii has two seasons: summer from April to October, and the rainy season from November to March, and there's no in-between either. Sorry to break it to you, but no, Hawaii is not always rainbows and sunshine. I clearly recall my first rainy season when it rained for a solid 40 days...including Spring Break. But alas, even with the abundant rain, and slightly cooler temperatures, everything remained as was: tropical.


But since I've moved to Switzerland, I've experienced such an extreme change in weather that I haven't exactly figured out how to cope with it. For example, when I first arrived, not only was it much cooler than AZ and HI (so much so that I actually needed to wear jackets), but the fact that the sun didn't set completely until about 11pm was totally bizarre. Just a few weeks ago we gained an hour with Daylight Savings-something I've never participated in. And now, instead of the sun setting at 11pm, it's completely dark outside by five. I know this is probably ridiculous to those savy with "the seasons," but give me a break...it's totally new for me, and I love it! Though I admit I could definitely use some warmer clothes.

Here are just a few examples of how I've been spending my autumn: 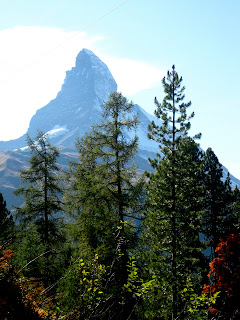 At the beginning of October I headed up to Zermatt with about 60 other au pairs in the Genève area. I can't even put into words the awesomeness of the Matterhorn and the surrounding glacier-covered mountains. The first day of the trip was spent hiking up to a little restaurant situated near the foot of the Matterhorn. It was a great opportunity to talk to and get to know some of the other girls. I met tons of people from all over the world, and even got to practice my French with a fellow American and a few of the German girls. 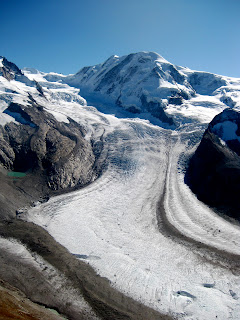 The next day, three of us: Renée, Silvia, and myself made the epic hike from the little town of Zermatt (elev. 5314ft) to the top of Gornergrat (10,270ft), which took us about 7 hours, one of which we spent going in the wrong direction. It was definitely an awesome trip, and I'm really looking forward to getting back up to Zermatt...Specifically getting back up there for what I'm sure is to be amazing snowboarding!

In October, Aron and I celebrated his 25th birthday in Interlaken, an adorable, very Swiss German-type town situated in the Jungfrau mountains between two lakes (Interlaken literally means the town between two lakes). 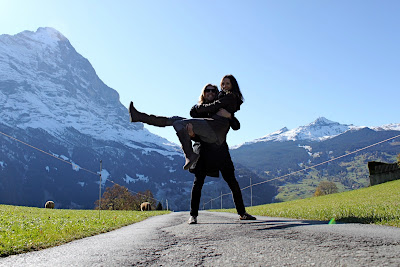 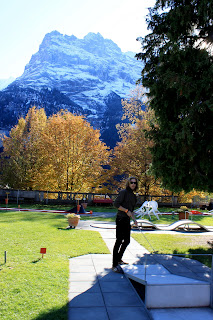 The original plan was to go paragliding, hiking, running, and have a nice dinner out that Saturday evening. Unfortuntely, I was sick and he was exhausted from so much studying, so we ended up taking a stroll around town, and overall just relaxing and enjoying each others' company.  Saturday night we opted to eat at the little pub in our Hostel (which was adorable btw). For the price, and the amount of food, I have to admit we got a pretty good deal. The fondue was delicious, and though our wine came in plastic cups, it wasn't half bad. ;)
Sunday we made a little hike up to Giessbach Waterfall (a very short hike I might add), and then headed further up into the mountains to Grindelwald where we played a round of mini-golf, which I dominated in up until the very last hole. He got lucky. 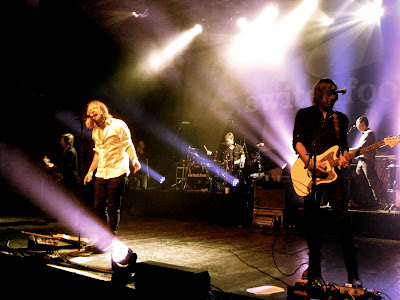 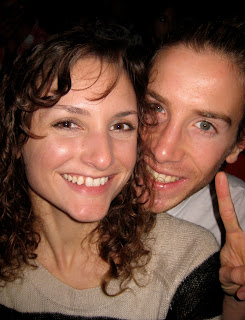 Last weekend, Aron and I celebrated our one year anniversary together by going to see Switchfoot (my favorite band of all-time I might add), perform live at the Volkshaus in Zürich.  I have been listening to switchfoot for nearly ten years now. The last time I was able to see them perform live was in 2004. Since then, though I've tried valiantly, I've missed every possible concert I've even had the slightest chance of going to. Usually they would be performing the day after or before I arrived in town, and in the case of the Toronto show, they were actually performing down the street from the airport. Had I had a long enough layover, I definitely would have been there!
So, you can imagine how stoked I was to finally be seeing them! The show was awesome! Aron and were right up front, and I have to admit...I sang myself hoarse, jumped until my legs cramped, and opted NOT to put in earplugs (which was stupid on my part). Overall, we both had a great time, though we had hoped so desperately that Switchfoot would play "our" song "Sing it Out," which they didn't :/ 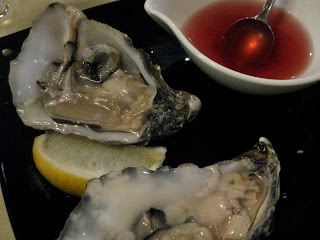 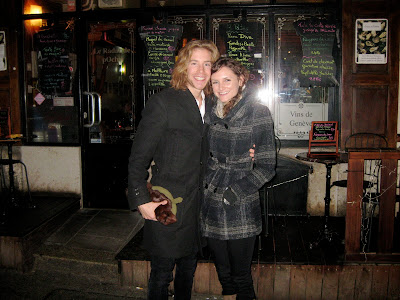 And the most recent little adventure: Last night, as Aron's anniversary gift to me, he took me out to an adorable little restaurant called Le Radar de Poche in the old village. It was a tiny little thing with about 6 tables (perhaps there were more downstairs, but we never found out) crammed in tightly. The walls were covered in an eclectic array of photos from La Tour de France, pictures of food, and what must have been family. Upon arriving, we both quickly felt we had made a bad choice: it seemed they only offered oysters and foie gras...nothing else. Luckily though, after much help from the servers, we realized we had neglected to turn over the menu, which held several other entrées. They also presented us with the chef's specialties. We chose two types of foie gras and oysters for starters. The oysers...well, I enjoy the taste, but I've always had a very difficult time with the texture; basically feels like I'm swallowing a big booger. Ehck. The foie gras was delectable! I never though I could enjoy liver fat as much as I did last night. After we finished up with the starters, we were brought our entrées: a warm mixed salad with bacon and some type of French cheese, and Penne Nina pasta with foie gras and what I'm assuming was some other meaty part of duck. Both were delicious, though they could have been a tad less salty.

Next weekend I will be running in my first ever 5k, the Course d'Escalade! Me, Aron, and my host parents will all be partaking in the race, and that evening, once we've all made it home, I'll be cooking a Thanksgiving Dinner for the entire family. Oh and this week, I am totally planning on decorating my room for Christmas. I'll be sure to take pictures. ;) 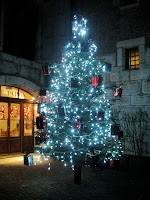 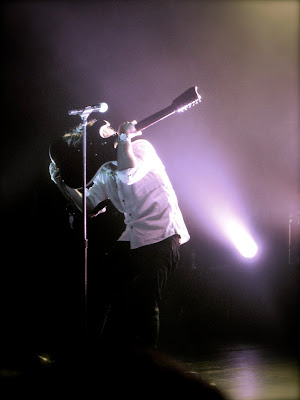 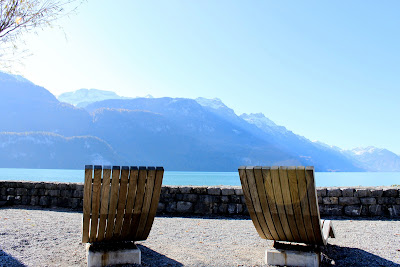 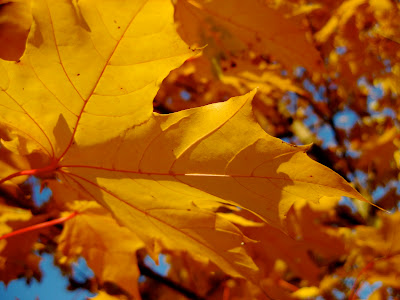